April 2019 update: We no longer recommend the below plugin as it hasn’t been updated in quite some time and has some issues.

WordPress has a built-in editor that you can use to make changes to your theme or plugin, but let’s be honest, it’s pretty bad. Many basic features are missing such as line numbers, and code highlighting. There’s nothing like telling someone to look for one piece of code in a 450 line file without numbers.

Plus you can’t edit javascript files, or files that are located inside sub-folders (two levels deep). While it does function, the built-in editor is far from user friendly. Thankfully Benjamin Rojas as come to the rescue with the WP Editor plugin.

Once activated, this plugin will replace the theme and plugin editors in your site with it’s improved ones. Here’s what the new theme editor looks like:

You’ll notice immediately that are now buttons across the top that allow you to search for a section in a file (no more visually scanning for something), and find and replace too. You can undo or redo actions and there’s even a full-screen option too. That’s a really nice feature if you have a good bit of editing to do. Saving is done via ajax which makes it quick and easy.

On the right hand side, you’ll see at the top an option for uploading new files and selecting which directory they are placed in. That’s fantastic if you’re dealing with a site where you don’t have FTP access. It’s also handy for people making child themes. With the emphasis on that in the WordPress community of late, I’m surprised the built-in editor still lacks file upload capabilities. When making child themes, you often need to add in files to replace ones in the parent theme. If you’re making a child-theme from scratch, the built-in editor is basically useless.

Also on the right, you’ll notice an ajax powered file tree. I really like this as the default editor lists all the files in one big group regardless of the folder they are in. 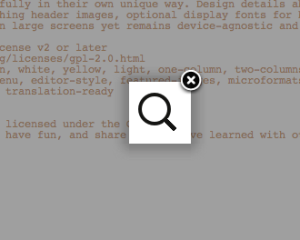 With WP Editor you can browse through the folders that are included in your theme and find the right file. Everything is nice and organized just like the developer intended. It even has a lightbox image viewer you can use to see the images that are part of your theme too.

For those of you who use the “text” editor for your posts instead of the visual one, WP Editor can be used there too. It’ll add in line numbers, text wrapping, the ability to create tabs and even highlight the current line you’re working on. As someone who only uses the text editor, I really appreciate the enhancements it brings.

So that’s a quick tour of the WP Editor plugin. If you give it a try, let us know in the comments.

Hi Bill, thank you for the plug in. I have a problem, as soon as I activated the plug in, nothing showed up. The original editor disappeared and your editor also was not visible. I had the same problem with other editors. I cleared cache and it’s wp4. On the original editor a few buttons don’t work. My hair will fall out soon, creating new posts with the original half working editor is frustrating. I hope you can help with your advice please?

Hello Peter. You mentioned some of the buttons not working in the original editor. Do you have any messages below the editing window? Sometimes WordPress will let you know if there is something with the server configuration preventing it from working.

You also might ask the theme author for help in whe support forum for the plugin. He’s likely to be more familiar with conflicts than I am (I’m just an occasional user).

Hi there, i really liked your elite theme. however, i saw this ‘At this time, WordPress.com does not allow you to install your own themes and plugins.” . .what do you mean by this/? i am very new to wordpress. I am using wordpress – webhosted by hostgator. . so can i buy your theme and used it ?

Thank you for your interest. Great question too. You have what’s called a self-hosted WordPress site at Host Gator. These are sometimes called WordPress.org. That’s exactly what you need to use our themes so you’re in great shape.

There is another blog service out there called WordPress.com which allows people to have a free site, but doesn’t let you bring your own themes.

If you have any questions, just let me know.

WordPress contains two built-in editors that allows you to edit Theme files directly from within your browser. They are called the Theme Editor and Plugin Editor.

That is correct. You can use the plugin to replace both editors, or just one.